What planting zone are we in? Often the hardiness zone  in which a particular plant will grow appears on the plant tag, so this is important information you need to know.


I’ve always planted as though we’re in USDA Zone 8, although many of my master gardener friends have told me we’re in zone 7. Our garden does have a sheltered location. We probably have a microclimate since our property slopes to the south, providing our plants with protection from those cold north winter winds. 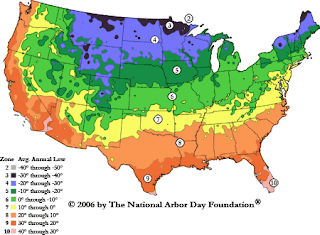 But what zone are we truly in? Drastic changes in average low temperatures over the last several years have caused many to believe the USDA Hardiness Zone map is out of date. The last update occurred in 1990. A new map was proposed in 2003, but rejected. The National Arbor Day Foundation decided to go ahead and update their map anyway, and it’s worth taking a look at. They used data from the National Oceanic and Atmospheric Administration to formulate the new map. According to them, the changes in average low temperatures have changed so much that planting zones would change by as much as two zones!


I’ve noticed for years that several of my "houseplants" return each summer in our shade garden. Among them are spider plant, split-leaf philodendron, and butterfly plant.


You can take a look at the map yourself, by going to Arbor Day Foundation. This new information gives us many more plant choices for our garden!
No comments:

Planarian: Eater of Earthworms and Enemy of the Garden

When rearranging containers at the greenhouse recently, I ran across something unusually icky--a planarian.
Planaria are non-parasitic flatworms existing in most parts of the world. Some live in ponds, while others are terrestrial and can be found under flower pots or in other moist places. You've probably seen a planarian before, but might have mistaken it for a slimier than usual earthworm.
A land planarian is long, flat, and either gray or brown with several black stripes running the length of the body. A planarian can be extremely long. I have seem them almost a foot in length. And, once again, this creature is not native to Georgia, but is thought to be originally from China.
Planarians have been found in the United States since about 1901. Planarians just love greenhouses, because they provide everything a planarian needs to survive: moisture, humidity, and something to eat. Planarians appear to be dispersed with plants--we might unknowingly bring one home  in a plant we purchased.
Planarians have a mouth that also serves as an anus. How gross is that?!
Where might you find a planarian? They like places that are dark and moist, so look beneath container plants, boards, or rocks. If you're lucky enough to experience a heavy rain, they might even be seen on the soil surface, especially under shrubs. If you have a worm bed, look for a planarian attached to an earthworm.
High humidity is vital to the survival of a planarian, and they are seen most often in spring and fall.
Planarians move about by gliding on a stream of mucus, and if they find themselves up on the leaves of a plant, they can lower themselves using a stream of that mucus. Yuk! They leave a shiny slime trail like that of a snail. You might be thinking, yes, this is grossly interesting, but what does all this have to do with gardening?
Planarians are cannibals and will eat each other. They will also eat slugs, which could be a help to the gardener. Perhaps this is the grossest fact yet--a planarian can even use some of its own tissue for food if necessary.
But what concerns me is that planarians eat earthworms! The earthworm is a gardener's good friend, and I want to protect all my earthworms. A planarian infestation is devastating to a worm bed and reportedly is capable of destroying the earthworm population of an entire farm.
I won't describe how the planarian turns the earthworm into food, because that's even more yucky than what I've written so far.
You should not try to destroy this pest by mashing it, since it will regrow from small parts of itself. So if you chop up a planarian, you'll be multiplying it. In the past I've just tossed them into the garbage can, but experts recommend melting them with a spray of orange oil.
No comments:

The Perennial Plant Association has already chosen the 2010 Perennial Plant of the year. Amsonia hubrichtii, often known as Blue Star, is native to the state of Arkansas, but grows well in most parts of the country.
Amsonia hubrichtii has very fine-textured foliage which makes it ideal for pairing with ornamental grasses.
Clusters of blue flowers in May are lovely, but to me this plant comes alive in fall. I'm crazy about the bright golden color that develops with the onset of cooler weather.
The fact that this plant grows well in both full sun or part shade makes it an easy choice for just about every garden. Like most native plants, Amsonia is drought tolerant once established.
Probably another reason this perennial is so favored is its lack of problems with insects or disease. I have not noticed the deer munching on it either.
As you can see in the above photo, when massed in groups of 5 or more, Amsonia hubrichtii makes quite a show.
No comments: 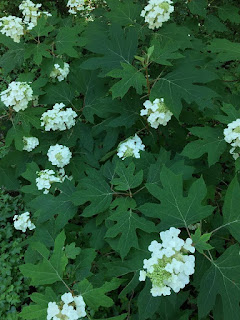 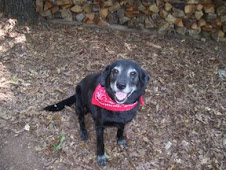 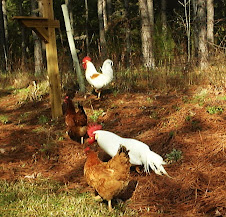 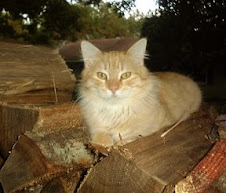